Since I looooooved doing this so much last year, I figured a repeat was def in order for this one (& future years to come, for sure).  So without further adieu my top 10 fave sculpts (& sculpters) of this past year.

Twin of Tate, I reborn this cutie twice (& would love to reborn a third). Such a sweet face & equally cute as a boy or a girl (Caucasian or AA). ADORABLENESS!

I had to have this baby as soon as she came out & I adored reborning her so soooo much. And her ears, boy oh boy! LOVE AFFAIR! I would have loved to do one combi but both ended up as fully rooted babies! Next time… I’m looking at you, Ellie-Sue. Bonnie’s 2015 sculpts are going to bankrupt me. LOL! 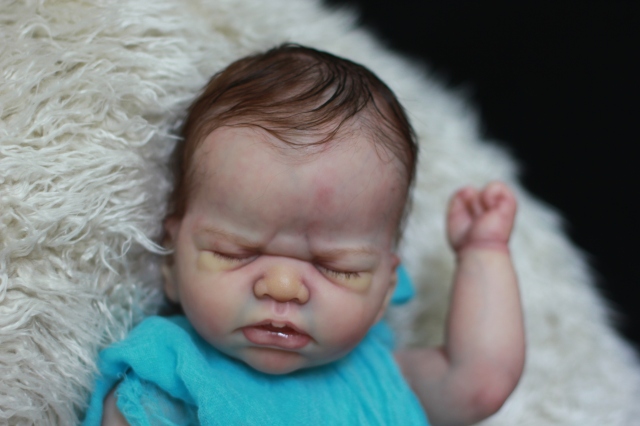 I can’t say enough about this sculpt! Incredible sculpting from head to toes! And the vinyl was exquisite. Perfect base colour and translucency (think Quinlynn Eagles!) He also reminds me so much of Franklin Marx (another fave sculpt of mine) & incidentally, Emily told me he was one of her faves too! I reborn Emily’s keeper Sawyer this year and it was the greatest honour. THANK YOU AGAIN, EMILY! ❤ 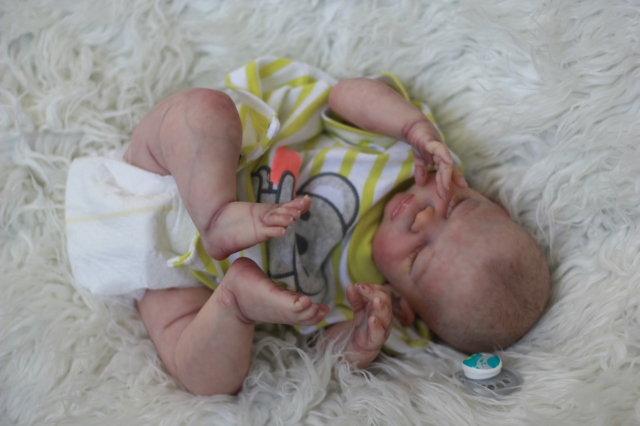 How can you resist this face? Am I right? Such a sweet expression. I have reborn a few other Brace sculpts, and this one narrowly beat out Sienna Rae (which I thought for sure would make this list when I first saw her). Absolute perfection!

I am so in love with this sculpt I’ll be devoting a blog entry to it in the near future. *stay tuned!*

I reborn sweet Coco (a preemie ball jointed vinyl baby) three separate times and would have held onto any of one of them for my keeper collection (if they hadn’t been promised to their momma’s already). I just love her. She has the most beautiful face and she took paint so soooo well. The only pitfall was how stinking hard it was to put her together. Haha. BUT TOTALLY WORTH THE SWEAT AND CURSING! I even had a hook, but being tinier she was significantly harder to put together than usual LDC sculpts. I absolutely must reborn a 4th. This is on my agenda for early next year (and hopefully as a keeper baby for Meekly!)

And speaking of keeper babies…

I cannot say just how much I love this sculpt! Seriously! Her face. Her mouth. Her limbs. The moment I saw her I had to order a second for myself. And I will absolutely be reborning her next (Nico’s future sister). Most adorable little newborn baby girl. And her full legs make her a dream to dress & cradle.

I honestly never expected to love Owen as much as I did. His vinyl was incredible! Again, the best base colour and translucency (I wish all sculpts were as gorgeous a vinyl). AND he took paint so beautifully. And his expression!! He also has full length limbs! And was perfectly proportioned. Srsly, I cannot say enough about this sculpt. And I’ve never seen a reborn Owen I didn’t love! I almost bought a few! Actually, same goes for Juniper. I think I wanted every one I saw on ebay. Ergh, same for Coco too actually! HAHA! Digressing, srsly, if you haven’t reborn this one yet, DO IT! You will not regret it! And also, for an open mouth baby, he magnetized like a dream too! REBORN HIM! (I also have one of him in my keeper collection – which grows by the month! LOL!)

This baby! I missed the preorder by an hour or something and ended up buying her from Australia! Worth every cent it took to import her. And I was devastated I didn’t have two of her. (Because I totally would have). Also just the cutest little baby. She has separated toes, her right hand is just the best ever! & she reminds me sooo sooooo much of my two favourite Legler sculpts – Nico & Linus. Win all around.

I confess it was nearly impossible not to pop Miracle on this list too (& I very nearly did). But in the end, I had to let Q win this one. All the hype around this sculpt is legitimate. She is an insanely beautiful baby. To paint, to photograph, to hold. All of Laura’s babies are just the most beautiful babies to hold. They feel so real. And their full limbs and proportioning are always so beautiful, but Q to photograph on top of that. I think I must’ve taken 1000 pics during her shoot. She has only good angles! And so realistic. I only wish I’d ordered more than two of her!

Other noteworthy mentions (that very narrowly made my list) Moira by Heike Kolpin & Asher Asleep (the realborn) & Alexa by Joanna Kazmierczak.

So sound off, am I missing any? Comment with your top ten! Or feel free to add a few to my list!!

I plan to do a 2015 anticipation post shortly of the babies I am most excited for next year!